Intermountain Centers was founded in Tucson in 1973. The organization was dedicated to the provision of intensive residential services for adjudicated Native American youth exhibiting extremely challenging behaviors.

The original facility, Southwest Indian Youth Center (SIYC), was located on Mt. Lemmon at the Old Prison Camp above Molina Basin. The SIYC community-based program was funded under a Federal Grant Program.

For nearly four years, male teenagers from eighteen Native American communities in Arizona, Nevada and Utah resided in the Prison Camp barracks. During this time, they received social and rehabilitative services while attending school in the Tucson community.

The youth were delinquent and/or neglected and needed a positive, reinforcing environment to develop healthy like skills and self-sufficiency. When the grant funding ended, Intermountain Centers for Human Development was founded to continue the legacy and work with Native American youth initiated at SIYC.

The historical timeline of programs for Native and non-Native youth referred to Intermountain begins in 1973 when Intermountain was established and staffed with many of the talented direct care workers formerly employed by SIYC. Continuing the agency’s work with Native youth only, referrals were made to Intermountain directly from the tribal social welfare agencies that held the responsibility for finding adequate, culturally appropriate community-based, residential placements for their tribal youth. Not only were Tohono O’odham and Pascua Yaqui children from Southern Arizona served but youth from Ute Mountain, Northern Ute, Navajo, Hopi, Jicarilla Apache, Mescalero Apache, Whiteriver Apache, San Carlos Apache, Gila River, Colorado River, Havasupai, and Hualapai Nations and most of the pueblos of New Mexico resided with Intermountain, as well. The Nations were confident in referring their youth to Intermountain’s group homes for culturally appropriate, strength-based programming. Group residential programs for Native youth were located not only in Tucson, but in Albuquerque and Santa Fe, New Mexico; Durango, Colorado; Eagle Butte, South Dakota; Ft. Defiance, Arizona; and Ft. Duchene, Utah, where many Native children could be served in close proximity to their tribal homes. These programs operated through the 1980’s and some locations, such as Santa Fe, expanded into multiple homes and apartments, serving Native youth until 2007.
1973
Within a couple of years

New residential programs for individuals of all ethnicities

Within a couple of years of Intermountain’s founding, finding success in the behavioral model implemented in the group residential setting, the agency established new residential programs for individuals of all ethnicities diagnosed with developmental disabilities, serious mental illness, and serious emotional disabilities in Tucson, Flagstaff and Chino Valley (Yavapai County, Arizona). Intermountain moved its administrative offices to Santa Fe where the agency’s strength-based residential program had grown to four facilities. Throughout the late 70’s, the 80’s and 90’s, group residences for adults with serious mental illness grew in size and eventually three facilities existed in the Adult Residential Program in Tucson: Kiva House, Kiva Apartments and the Vida Nueva Apartments. The residential program for individuals with developmental disabilities expanded, and an educational day program was introduced successfully.

Native children and their families received intensive behavioral health support in their home communities, delivered by therapists who traveled to each child’s home to deliver culturally appropriate Wraparound services that preserved many Native families. In 1993, a home-based therapeutic support program was established in the Tucson community, for the benefit of Native and non-Native children and their families. The Intermountain administrative office was moved back to Tucson from Santa Fe, as well.
1987
By 1989

Intermountain had determined that many of the Native youth that were referred to the agency would be better served in a less densely populated family-like setting, a home with only one or two children

…in professionally-staffed foster care homes. Originally, Intermountain labeled residences where just one or two youth received intensive services as “continuous care homes.” By 1993, the term “therapeutic foster care home” was accepted and licensed as a locus of behavioral health care in Arizona. For 23 years, Intermountain has been a leader in the behavioral field, expanding its therapeutic foster care program to include non-Native emotionally disabled children and seriously mentally ill adults, and cultivating developmental homes for individuals diagnosed with developmental disabilities.

for seriously emotionally disabled children and their families on the Tohono O’odham Nation. Most of the eighteen counselors who serve this program are Tohono O’odham and drive to each family’s home to provide support services every day. The menu of home-based services includes but is not limited to therapy for the child and family members, transportation to school and appointments, and access to community resources that the child and family members require to maintain their health. More than one hundred children, their siblings and elders continue to be served with in-home services on the Tohono O’odham Nation perpetually. In 2011, Intermountain and Pantano Behavioral Health Services collaborated with the O’odham Nation, Indian ealth ServiHHealth Service, the Tohono O’odham Nation’s Health and Human Services, and the Arizona Health Care Cost Containment System to open an office and clinic in the Tohono Plaza in Sells (the capitol of the Tohono O’odham Nation.) At the same time, services commenced for enrolled adult members of the Nation that are seriously mentally ill. Currently over 250 clients (children and adults) and their families are receiving home-based services and participate in group activities at the Sells clinic. Approximately 1,000 children are enrolled in Intermountain’s Out-Patient/In-Home Services Program throughout Pima County.
In the late 1990’s
2000

designed to foster healthy life skills and a sense of community in the lives of youth who were sixteen years and older. Oftentimes, teenagers come into the child welfare system in their teen years and “age out” of residential care at 18 years of age without the benefit of living in a stable family setting. At the Zia Apartments, the ILP was designed in order for adolescents to receive support in achieving their education and vocational goals, while acquiring housekeeping and personal management skills which includes behavioral interventions, when necessary. Assistance in acquiring employment, making the transition to independence and learning to live on one’s own is provided by the on-site direct care staff that are available 24 hours a day, seven days a week. The program also delivers support in acquiring access to community resources which would help the youth sustain their placement in Southern Arizona after their emancipation from the child welfare system. Still flourishing today, the program serves 13 youth at a time.

and considerable interest in providing the finest opportunities for Native children who require residential services, Intermountain developed a foster care provider recruitment strategy targeted at Native families. The Native American Specialized Foster Care Program is licensed by the Arizona Department of Economic Security to pair Native American children with Native American foster parents. Intermountain has also dedicated one of the children’s group residences in Tucson to the service of tribal nations.
In the early 2000’s
In 2011

Intermountain assumed the operation of the Covert School

which was located on the campus of the Arizona Children’s Association in Tucson, renaming the facility the Intermountain Academy. During the first semester, thirty Emotionally Disabled (ED) youth, most of whom were referred from their home school districts, attended the Academy. In the fall semester of 2013, Intermountain Academy expanded its program base to include children diagnosed with autism and moved its facility to a larger venue, a former public school in midtown Tucson. Accredited by the North Central Association, the Academy curriculum is aligned with the Common Core Standards and employs positive reinforcement, to create an environment that works for each individual child.

of innovation and dedication to forging new treatment venues and programs that are best of practice in the State of Arizona.
In 2013
Intermountain Centers
401 N. Bonita Ave
Tucson, AZ 85745

Office Hours: 8am - 4pm
Intermountain Academy is a subsidiary of 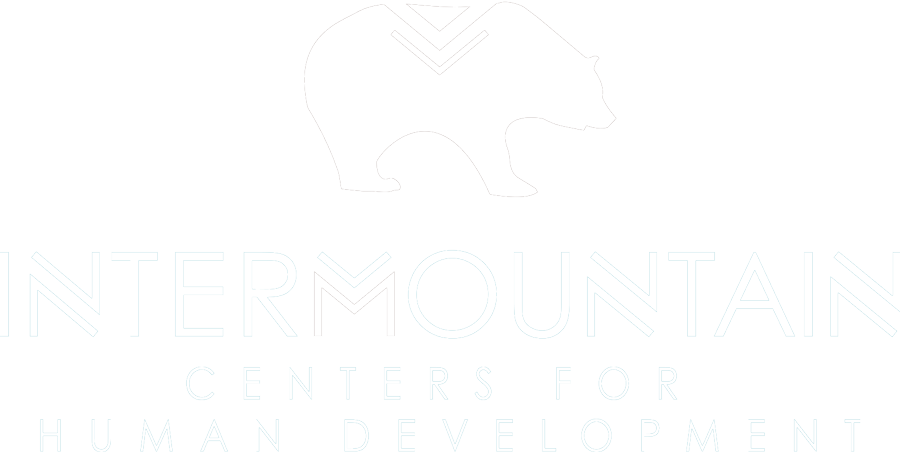